How to Deal with Toddler Tantrums? 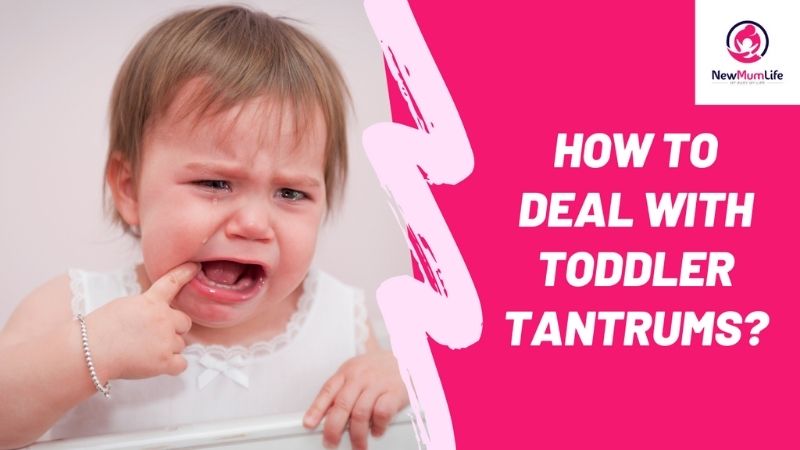 We all have mobiles, laptops, or computers at home. How is the memory disk of each of them when purchased? Clean and unused- so is a child’s brain. A child is born with a fresh mind, a new psyche, and like a new computer hard disk, we can store anything of any size in it. Children are followers and indeed they follow their parents first, next the family, and later come school, environment, peers, friends and that’s how the influence and impact begin. A toddler watches and contrasts himself with his peers, friends and there begins the story, the narrative of tantrums. And being a mom, we must know quick and good strategies for how to deal with toddler tantrums.

What Is a Tantrum and the Reasons for It?

Tantrum or ‘acting out' is natural conduct or a response of a toddler to anything unwanted, undesirable, disappointing or frustrating. It is an unpleasant, disruptive behavior to express if something is not happening the way they want. Sometimes might be an emotional outburst too, a passionate upheaval too. Normally, these tantrums last for 15 minutes and toddlers move on to something else soon after that.

What could be the reasons for this behavior or outburst?

How to Deal with Toddler Tantrums?

The explanation could be any, the most important aspect is to how to deal with toddler tantrums?

As a mom we feel satisfied when toddler is smiling, playing and mingling well but the situation turns topsy turvy when the toddler is lying on the floor, embarrassing if this happens in public places.

It is laborious and daunting to pause or cease these tantrums right away. Keep your stress at bay and attempt self-regulating. Take a deep breath and read ahead to discover some strategies and ways on how to deal with toddler tantrums. Truly, there is nothing right or wrong while dealing with tantrums- one way might work for a toddler and may not be a decent choice for others. Let’s get to some of the best strategies to how to deal with toddler tantrums.

Yelling, hitting, begging, bribing are few poor strategies and once you give them to the demand of the child, the same way will happen again. Children have a better psychology understanding than an adult. Think before the act.

However, sometimes tantrums are good and acceptable as well. Don’t we feel good when we cry sometimes; that is because tears help us release the stress and so is the way of a tantrum by a child. Even a child is relaxed after passing a tantrum- glad.

At the point, when a toddler is figuring out to accept and acknowledge things differently or learning to understand NO, adjusting to not getting all demands fulfilled, they pitch tantrums and it is just an expression of hope they feel about the particular situation. Sympathize with them on being upset but be adamant and consistent at mom’s end - No means no. Not in the least, emotionally attack a toddler else they will learn the same after all it is parents whom they follow first.

Parenting is a journey filled with joys, fun, challenges, and frustration at times. The road to the destination is bumpy in this journey. But how would we relate destination here? A child when achieves the best, earns more, obedient, able to settle with responsibilities and lots more.

Yes, that’s how we judge! And now let’s go back- where this journey begins from? The time when child is unborn in the womb, or from the birth or is it measured from it is time to go to school.

Well, every one of us has different answers to this. As far as few theories on parenting has been drawn, we get to know that 0 to 5 years are the most crucial to lay a strong foundation. So let’s begin from there.

Gauri Khandelwal is an Administrative and Academic head with 11 years of experience at Kids Kingdom School, Ahmednagar. She is responsible for guiding other employees on Montessori and play-way teaching methods. This includes 8 multiple intelligences to let the toddlers and preschoolers learn better. She is also a content writer with 'The Candid Trails – Writing Service' and has written articles, blogs on sundry topics like parenting, fashion, gaming.

Get Your Free Nursery Rhymes eBook

Please log in again. The login page will open in a new tab. After logging in you can close it and return to this page.